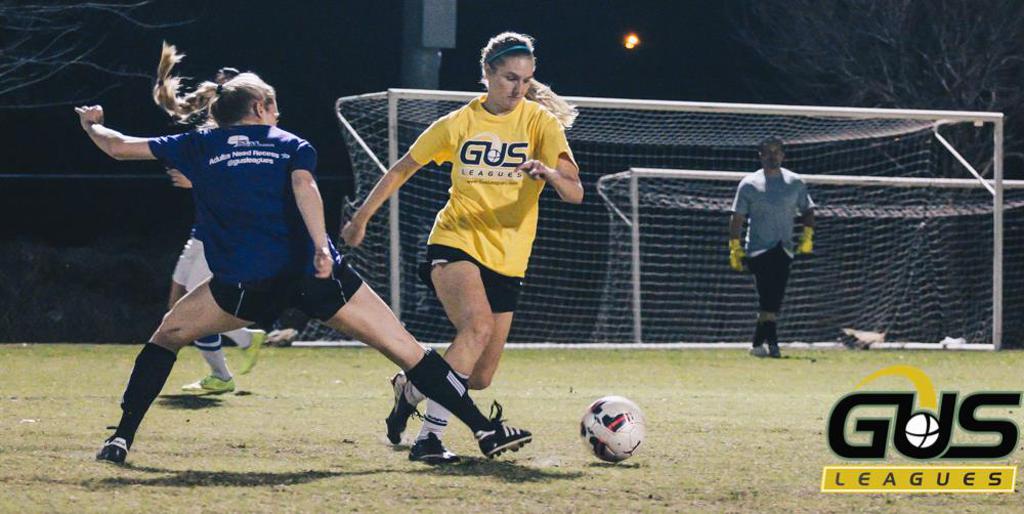 Despite being new to GUS leagues most competitive division, Baby Godzillas are certainly no rookies. Sure, they had a rough first game against Rainbow Warriors (8-1 loss). However, since then they have built up some momentum, beating Make Soccer Great Again (4-1 win) in week two and Public Enemy (4-2 win) last night.

In their most recent game against a GUS league veteran team, Public Enemy, Baby Godzillas displayed good ball movement between their male and female players. This led to 2 goals in the 10th and 17th minute of the match by Jaqueline and Tatiana respectively. The second goal specifically was a product of some great passes in the box, which drew Public Enemy’s keeper away from the goal. The goal was wide open at this point, and a well-timed cross to Tatiana’s feet set her up for an easy tap in.

While Public Enemy certainly has more style on the ball, they were unable to come back from the 4-0 deficit they incurred in the first half. The final score, 4-2, indicates that Baby Godzillas will be a strong contender in division A despite their infancy in the league.